Of all the family, it’s fair to say that Mrs CBRbound is the most home-loving. And when I say home, I mean Britain, because that’s what it will always be to her. So it was with curiosity and not the occasional lump in my throat that I read her thoughts on our big move and what it has meant to her.

END_OF_DOCUMENT_TOKEN_TO_BE_REPLACED 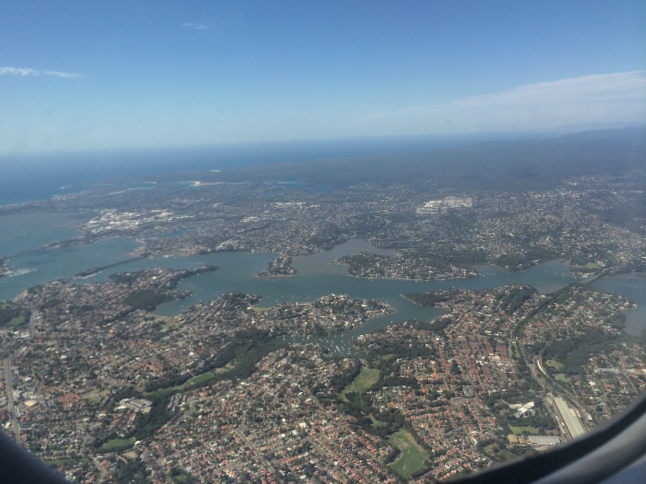 Our final short flight to Canberra was filled with excitement.

The countdown has begun. In just two weeks, we will be rolling out the red carpet for our first overseas visitor, my mum, Nanny CBRbound.

The boys are excited, and I think Nanny is a little bit nervous. This will be the longest trip she’s ever taken, by far.
END_OF_DOCUMENT_TOKEN_TO_BE_REPLACED

A few days ago, I published a post on some of the things that have made a positive impression upon us since we arrived in Canberra.

It wasn’t the kind of list to construct a tourist weekend around. Rather, it detailed all the things that make Canberra so liveable for new migrants – you know, boring but essential stuff such as bike paths, bus services, libraries and so on.
END_OF_DOCUMENT_TOKEN_TO_BE_REPLACED

I was reminded of them in Copenhagen, and it was a timely reminder.

I’ve often considered that life abroad consists of various phases. From post-arrival disorientation, to the honeymoon period when everything seems perfect, to integration and establishing a balanced perspective on your new home’s strengths and weaknesses.

But then there are those who never settle, who are always in search of something better. I call them ‘the lost souls’, and it’s important to guard against becoming one of them.
END_OF_DOCUMENT_TOKEN_TO_BE_REPLACED

My return visit to Copenhagen is at an end and, after a 24 hour stop-off in England, I’ll be on my way back home to Canberra very shortly.

Being back among familiar faces and places has been simultaneously fun, exhausting, repetitive and like I’ve never been away. But being here has also taught me something about why it’s hard to be away from our former home. END_OF_DOCUMENT_TOKEN_TO_BE_REPLACED

The latest Qantas ad campaign makes much of the airline’s role in reuniting families.

Being a long way from anywhere else can do odd things to your sense of belonging, and it stands to reason that Australians have good reason to feel special about the notion of ‘coming home’ as they’ve invariably travelled a pretty long way to do it – whether domestically or internationally.

This was made clear to me the first time I visited Australia, back in 1999. As we crossed an endless, parched looking coastline, stretching left and right of the aircraft, the pilot, with a sense of occasion, announced that passengers could get their first glimpse of Oz by glancing out of the windows. After a suitable pause, he added: “We’ll be landing in Sydney in approximately five hours.” It’s a big old place. END_OF_DOCUMENT_TOKEN_TO_BE_REPLACED

This time last year, in a frosty Danish suburb, we were joined by friends, family and the neighbours to toast the arrival of 2014.

At the time, we had secured our Australian residency visas but we had yet to put our house on the market and yet to make concrete plans to move to Canberra. END_OF_DOCUMENT_TOKEN_TO_BE_REPLACED

‘Tis the season to be jolly…’ except it isn’t. At least, not to the born and bred European in me. It’s actually high summer, with temperatures ranging from the mid-20s to the high 30s in Celsius, and that’s a problem. You see, for the first time in many Decembers, I just don’t feel Christmassy. END_OF_DOCUMENT_TOKEN_TO_BE_REPLACED

Two weeks into our new life and we’ve learnt a few things that are worth noting for future migrants.

In our preparations for the move, we found plenty of near-encyclopaedic lists of tips for what to do on arrival, covering all the essentials such as registering for Medicare, setting up a bank account, or how to exchange your driving licence for an Aussie one. But here are a few things that we wish we’d known, or known more about, before we arrived. END_OF_DOCUMENT_TOKEN_TO_BE_REPLACED

There’s a pivotal scene in The Lord of the Rings when, with mankind facing its darkest hour during the siege of Helm’s Deep, those trapped within the castle’s walls look to the east and see Gandalf the wizard arriving with reinforcements to save the day.

It was hardly Tolkien-esque, in that we didn’t have orcs and other beasts clawing at our door, but we did have a fairly dark hour this week, and we did have a saviour from the east to lift our spirits and help us to go on. END_OF_DOCUMENT_TOKEN_TO_BE_REPLACED