Our final short flight to Canberra was filled with excitement.

The countdown has begun. In just two weeks, we will be rolling out the red carpet for our first overseas visitor, my mum, Nanny CBRbound.

The boys are excited, and I think Nanny is a little bit nervous. This will be the longest trip she’s ever taken, by far.

In researching things to do while she’s here (the brief: give her the trip of a lifetime without bankrupting ourselves in the process) I’ve been transported back to the first time Mrs CBRbound and I set foot in Australia and, looking at this place from an outsider’s perspective once more, it’s hard not to be excited at the prospect of showing off our new home to a first-time visitor.

Back in 1999, girlfriend CBRbound (as she was then) and I approached the trip as one might an expedition. Our hand luggage was laden with two or three full 2-litre bottles of water and cola – this was before the days of liquid restrictions on aeroplanes. We chose to wear soft, pyjama-like joggers to ease the discomfort of trying to sleep in a confined space. 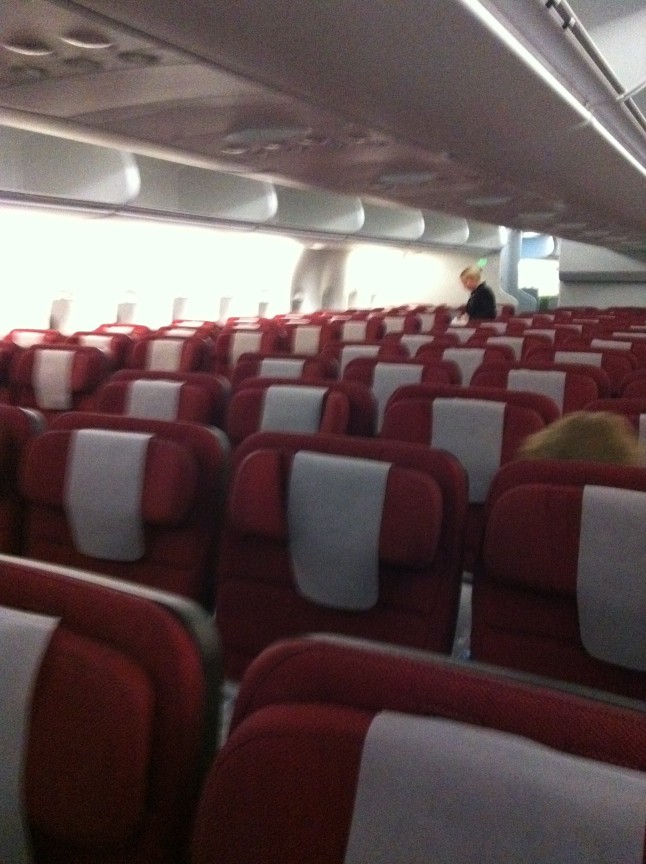 Long haul air travel is a lot easier than when we first made the trip down under.

We flew cheap – on a chartered airline which, even though it was a direct flight, needed to stop to refuel in both Bahrain and Singapore. And there was one in-flight movie per leg of the journey – shone onto the bulkhead wall from a flickering projector somewhere in the ceiling, and you had to pay extra to rent headphones so you could hear the audio.

When we got here, the cost of long distance calls meant we were effectively incommunicado for three weeks, save for postcards. And when we returned home, it was our family’s equivalent of Armstrong, Aldrin et al returning from the moon mission.

Such things seem as distant now as the old Imperial Airways seaplane service that used to hop its way south via various points of the British Empire.

Nanny-CBRbound is flying Emirates, with a seatback touchscreen TV, free drinks and three meals per leg of her journey. She’ll also have a 30kg baggage allowance which suggests to me that she is thinking of smuggling one of the kids back home with her, disguised as a souvenir.

And at the end of it all, there’s this place.

As I looked through websites for the Sydney Harbour Bridge climb, Blue Mountains excursions, Snowy Mountains retreats and Pacific Coast getaways, I was reminded of why three weeks just wasn’t enough for us. We didn’t even make it as far as Canberra on that first trip, despite all it has to offer.

We’ll be paying a visit to the beautiful Snowy Mountains.

It’s important to us that Nanny enjoys Australia. Not just because it’s the first opportunity we’ve had for any kind of family endorsement of what we’ve done, but because we want her to decide that three weeks isn’t enough too, and to start planning her next trip as soon as she gets home.

And, since Nanny CBRbound is also a travel agent back in the UK, it’s be great to introduce her to Canberra so she can wax lyrical about it to her future customers. “Oh you have to go. Not many people know about it but it’s well worth the trip.”

There’s only one downside to all of this. Grandy CBRbound won’t be making the trip this time – work and dog-minding commitments mean he’ll be staying home, at the other end of a Skype call, but unable to share in all the things we do.

So, before Nanny sells Canberra to her customers, she’ll be able to practice her sales technique at home. The countdown continues. We’re vacuuming the red carpet as I write.

2 thoughts on “Rolling out the red carpet”