I don’t quite know what I’ve let myself in for. In a moment of mad enthusiasm, and in a bid to assuage some of their larger doubts, I have committed to my work clients in Europe that I’ll stay visible to them by making working trips to Europe at least three times per year.

When we first announced our move, I felt it was an important thing to do. After all, Australia didn’t just sound like it, it actually, literally was on the other side of the world. “But hey, I’ll still see you every 12 weeks or so,” seemed like the perfect antidote to the initial wave of questions and doubts that followed my revelation. Now, freshly back from the first of these ‘contact trips’, I wonder what I’ve let myself in for.

I’ve had periods of travelling for work before. In the 1990s I had a job that required regular back and forths between the UK and the US. Then I had a job that required regularly took me to Africa, Asia, and even here to Australia. More recently, a company merger between two Europe-based firms forced a period of weekly commuting between Copenhagen and Zurich upon me. So, when faced with this latest conundrum, of how to live here but retain my work there, my subconscious responded encouragingly: “Hey, you’ve done this before, so you can do it again,” it said. And it’s right. Sort of. 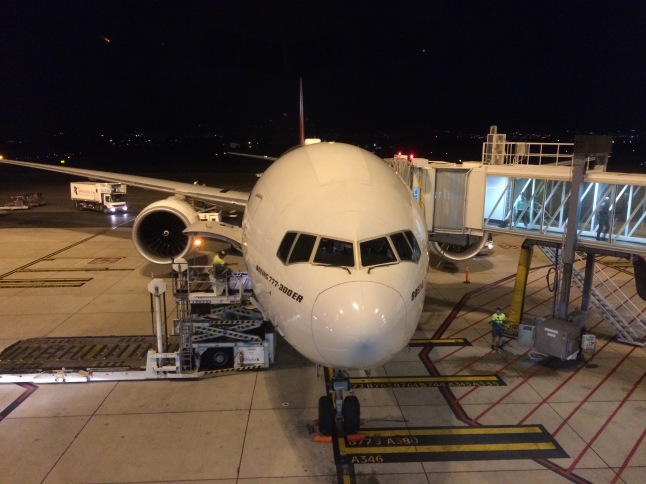 There’s nothing quite like hearing “boarding completed” and realising you have the whole row to yourself.

Of course, I was much younger then, and I those trips crossed fewer time zones so the jet lag was less brutal to begin with. And, on occasion, since I was working for big companies, I was often able to mitigate the effects of such big trips by being pampered to within an inch of my life in business (and more rarely, first) class tickets. I even got upgraded to Concorde once by British Airways after I missed a connectinf flight in New York.

This time, self-funded and trying to ensure the trip was profitable rather than a loss-leader, I flew economy, stayed in a cheap hotel, and ate as frugally as I could, but the trip still took its toll.

The advent of budget hotels makes trips like mine more affordable than ever.

In fact, jet lag was the least of my worries – over the years, I’ve perfected a technique for beating it within the first 24 hours of arrival, no matter what the time difference. And on my outbound trip, I luxuriated in being the only occupant of a four-abreast seat configuration by stretching out flat and sleeping for a full nine hours – I rarely do that at home, so to manage it on a plane was both unexpected and immensely helpful.

But, whether it was the cabin air or the shock of arrival in sub-zero temperatures, I immediately succumbed to a cold which made the whole week of work, meetings and socialising feel like a wade through particularly viscous treacle. Meanwhile, I discovered that both suitcases had been broken into at some point between Canberra and London – locks busted open, zips sheared off, belongings rifled through but nothing stolen (I’d packed frugally and there was little of interest to the opportunist thief). The airline have graciously offered to pay for a new zip handle (I’m serious. Where do you even buy a new zip handle?) 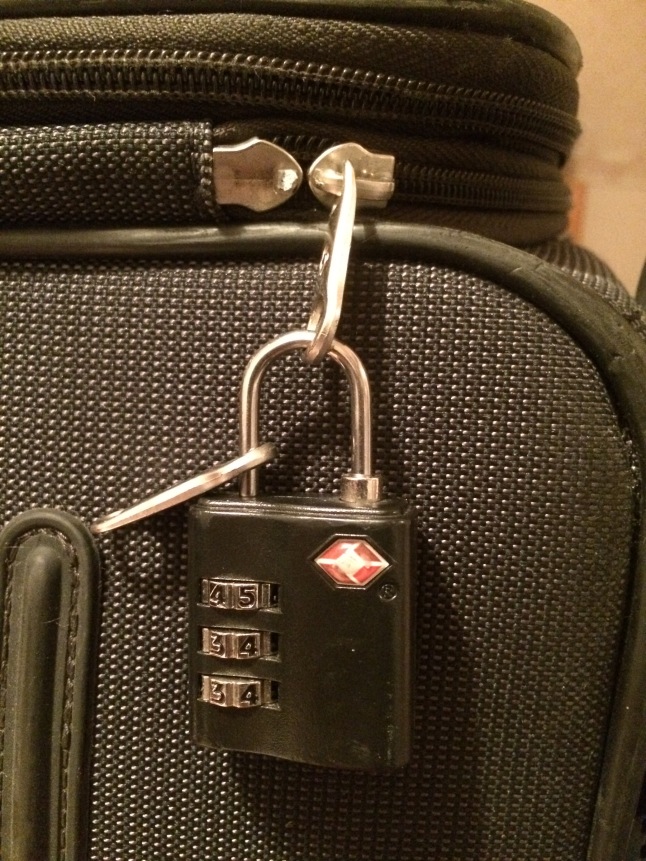 Emirates’ profits will take a dip this year after they agreed to pay for a new zip handle on my broken-into luggage.

The meetings went well enough – a mixture of the business-as-usual and the non-committal –and I found a working routine that meant I was able to complete enough fee-paying work to cover the costs of the trip plus a little more. But I also had enough time on my hands to consider the long-term practicalities of what I’ve committed to.

On the one hand, the accepted mantra of any small business is that it’s much more sensible to retain existing clients than to seek new ones. On the other hand, our new life in Australia necessitates that we shift our centre of gravity to Australia, or at least to the Asia-Pacific region, otherwise we’ll be forever harking back to our old life and wondering why we made the move.

The truth of the matter is that this is a transition period, where my existing portfolio of work can sustain things while I begin positioning and promoting myself locally for additional work. Continuity takes the pressure off and allows me to continue practising my skills and to continue working with people I’ve come to like and don’t want to let down. 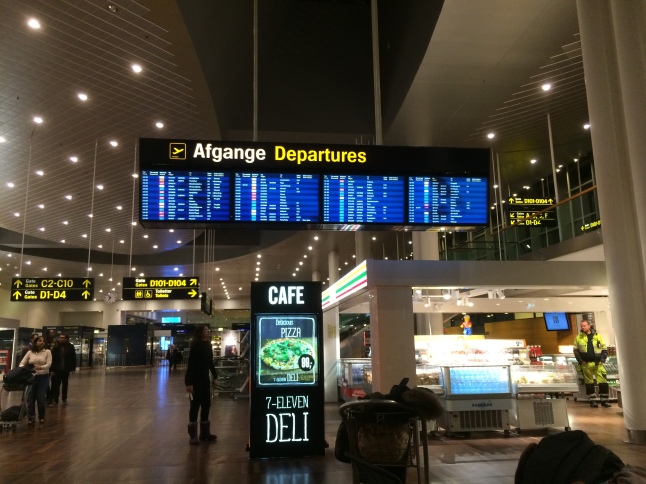 Homeward bound, but departures boards are going to be a familiar sight for the foreseeable future.

The travel part is the necessary glue that keeps all of that together. There’s an old adage that childbirth is such a traumatic experience that the human memory actually blots out the reality of the experience. The theory says that, if we remembered it accurately, we’d never do it again and the species would be in danger of extinction. I think long haul travel falls into the same category – the glamour of the TV ads, the experience of seeing new places and the emotion of reuniting with friends and family quickly dial down the unpleasantness of getting to a destination.

That’s just as well, because my next task for today is to log onto Expedia and book another trip for June. At least Europe will be wearing its best clothes then, and I can leave the thick coats and winter boots at home.

3 thoughts on “The loneliness of the long distance traveller”