Last week, on a supposedly impromptu trip back to England, my wife surprised me with concert tickets for one of my favourite bands. That, in itself, was a lovely thing to do, but when we arrived at the concert, I also found that she’d arranged one more surprise – there, outside the venue, were my two oldest friends, waiting to meet us.

It created a genuine ‘double-take’ moment. “Hey, those two blokes look like… oh my God!” Needless to say, we had a fabulous evening, and I almost lost my voice in the effort of catching up with my friends while standing in front of two enormous speaker stacks.

A few days later and the importance of those friendships is still floating around me, like a ghost trying to reach out to me from a past life.

I was ten or 11 when I met my oldest friend. He and I learnt to horse-ride together and, although he was always the better rider, whenever the instructors wanted to push him forward to a more advanced class, he’d always say: “I’ll only go if Mark can come too.” Thus, by proxy, and thanks to my friend, I advanced too. 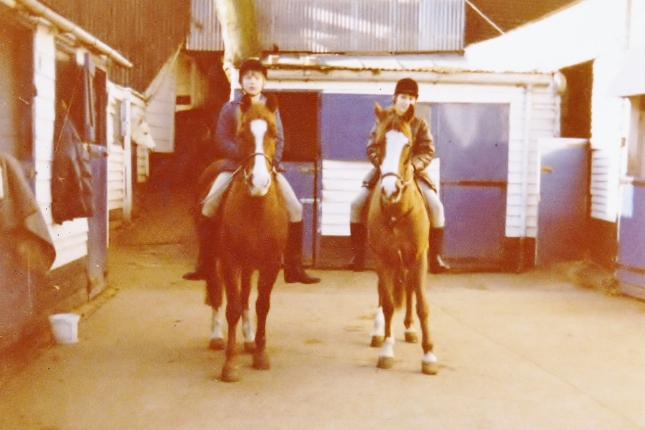 He helped me cope with the breakup of my parents’ marriage, was my confidant when I dated my first girlfriend, and was my travel companion on the first holiday I took without my parents.

We coached each other towards passing our driving tests, helped each other through more adult relationship breakdowns, and he was the Best Man at my wedding 12 years ago.

Whenever we get together, my wife jokes that he and I mirror each other – our mannerisms reverting to the years when we spent most of our time together, arguing about which vinyl 45 to listen to next, or over-analysing the throwaway words of some teenage girl or other.

What she sees is the shorthand that has developed over what is approaching 40 years of friendship. We know each other – at our best, and at our worst. We know each other’s triumphs and disasters, and we have a broad enough canvas to put each into its true perspective against the broader picture of our lives.

Our friendship has survived my move to Denmark and it will survive my move to Australia, but nevertheless, that surprise reunion felt like another marker in our long history. I will see him once more before the big move, but after that, who knows? He doesn’t really like flying, and Australia’s a bit of a marathon even for those who do. So we’ll be relying on Skype and my own infrequent visits back to the UK.

Unfortunately, I had a preview of what this will mean last year. During a three-week family research trip to Australia, my friend’s mum died and was buried. I wasn’t there. I felt this keenly, not just because my friend has always been there for me, but also because, when your friendship reaches back into childhood, that friendship inevitably extends to the family of your friend too.

When I got married, his Mum and Dad were too housebound to come to my wedding, but we spoke on the phone as I was being driven to the ceremony. We laughed about the past, and I thanked them for helping to get me through it. Not being there for the funeral felt like not returning the favour.

But of course, there’ll be many ‘not being there’ moments in the future. My friend will be 50 soon. Perhaps he’ll marry. Perhaps he’ll have children. One day – hopefully not soon, but one day – he’ll lose his Dad too. And I won’t be there. Not for all of them anyway.

Such is the price of emigration; of making a decision, not for me, but for my children and their future. I think my friend understands; approves even. I think his mum would too. But that doesn’t make it any less of a wrench because, for everything I’ve written above, the same would apply in some degree to other friends and family members. My wife is certainly going through the same. And although they are young, my children will feel the loss of their own friendships just as intensely.

We can’t replace these things, even though we have and will make other friends in Australia. And I think that’s what’s been stalking me these past few days – the notion that these are goodbyes to be savoured, not mourned. They should be celebrations of all that we’ve seen together, of the path that has brought us to this point.

As I said, I’m seeing my friend one more time before the big move, his Dad too. I don’t want it to be a sad night. I want it to be a raucous night of recollections and reminiscences, with a promise that someday, somewhere, there’ll be more adventures to come.

2 thoughts on “Farewell, my friend”