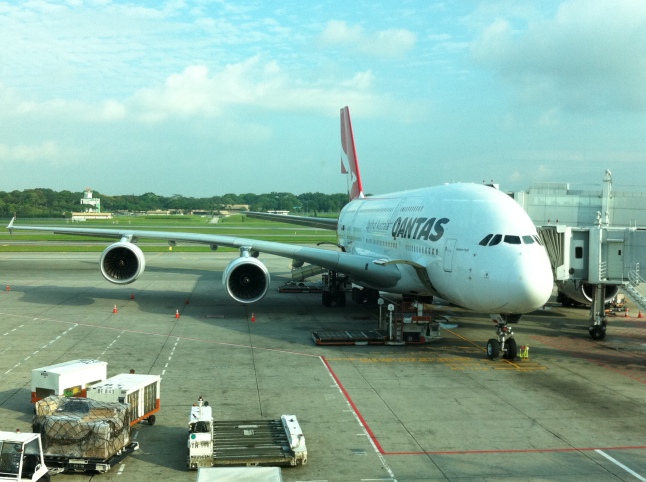 This may be the moment when the emotion of our move hits us.

It’s often suggested that, when you are planning a move abroad, one of the hardest things to do is tell those closest to you about your plans. But I have to say that this wasn’t our experience.

For us, it was a delicate moment, yes, but it was also a very exciting moment too. Our hopes of moving to Australia were no secret, but our “we’re definitely going” conversation really came when our visas had been granted. Naturally, given how hard it is to secure a permanent residency visa for Australia, we were cock-a-hoop at the time and simply wanted to share our good news.

It’s usually at this point that you discover what people really think about your plans.

For some, your “we hope to move down under one day” conversations will have been a clear statement of intent; something that allowed them to prepare themselves for the day when you would eventually say: “we’re off.” For others, those discussions will have represented nothing but pie-in-the-sky, idle chit-chat, and when the reality dawns on them, the news that you really are going can come as a lightning bolt.

We experienced both of these reactions, and many in between:

“That’s brilliant”
By far the majority of friends and family responded with a variation of: “That’s great. Of course we’ll be sad to see you go, but we know how much this means to you.”

“What do you want to go there for?”
A few responded, as they had to our earlier discussions about moving to New Zealand, with a last-ditch attempt to dissuade us from our plans. Australia was too far, there were too many unknowns, how would the children cope, and so on.

“I just need to get the washing in, it looks like rain”
Fewer still responded with denial – as if the news hadn’t been delivered, or perhaps hadn’t been heard. We repeated it gently, but the response was the same.

The interesting thing about all of these responses is that once the dust settled and we’d had time to talk about it between ourselves, we came to realise that every one of those reactions stemmed from a deep-felt love. Those who were pleased for us would miss us no less than those who wanted us to stay. Those who wanted to dismiss the idea as folly were clinging to a last hope that we may yet change our minds. And those who opted for denial were just unable or unwilling to process the information immediately, perhaps all too aware of what it truly meant.

Of course, that analysis came after the event, and at the time, we received those responses with the same mixture of celebration and disappointment as our original news encountered.

The interesting thing is, from our perspective, knowing how much work still remained before we could board our one-way flights down under, these conversations didn’t seem very final at all. To us, they were just the next step on a very lengthy process, and we were too task-focused to attach too much finality to them.

What is becoming clearer, however, is that the reason we thought those conversations were easier than we’d anticipated was because nothing of significance was actually changing. That would all come later.

But now, as I write this, with just 13 weeks to go before we leave Europe for good, I’m starting to see things a little more from both sides. The easy dream of heading off for a new life in ‘the lucky country’ is tempered by the people and things we’ll be leaving behind. As that early-November date draws closer, I too, start to think almost as much of what we’ll miss as what we’ll gain.

That range of reactions has become more understandable to me with time, and I think of them now, not so much as something that we addressed and moved forward from, but as a precursor of what is to come, when “we’re off” won’t mean, “we’ve got a letter saying we can go” but will actually mean “we’re moving to the other side of the world. Today.” That’s when I think we’ll really see things from everyone else’s perspective.

2 thoughts on “Telling friends and family: “We’re moving to Australia””